Here’s the type of “rockstar” nobody will argue about taken for Sekonic by SCU Faculty member and one of the industry’s very best lighting educators, Bobbi Lane.  Please Read on… 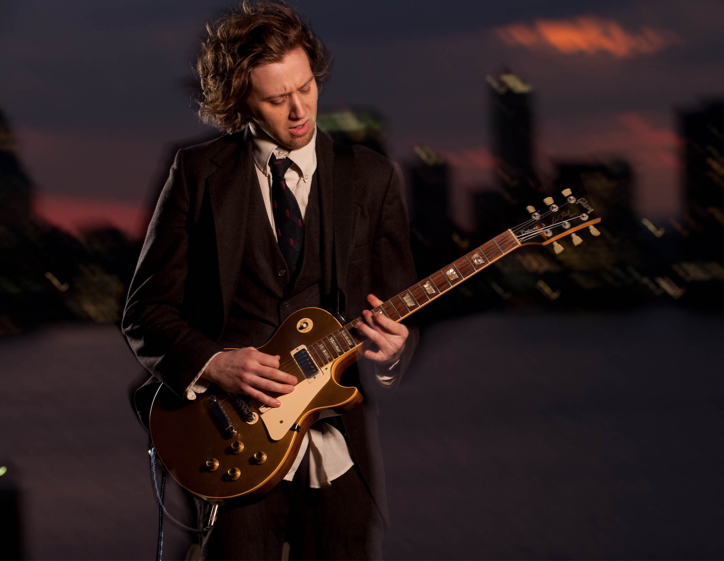 In the DWF Newsletter a couple of years ago there was a link to a discussion about the word “rockstar”.  It went on for over a year and just recently it came up again in one of the forums I follow. How long this silly discussion will go on is irrelevant.  What is important is the topic itself.  What I just don’t get it is why so many people get hung up on a word.  I especially don’t understand the cyber space venom that gets people’s blood boiling in the discussions.

Are there people who misuse the word?  Of course there are, but we’ve always had that challenge. How many times have you ordered something in a restaurant because somebody told you it was amazing, only to be disappointed? Or, how about a movie the critics loved, but you were underwhelmed? It concerns me more there are people calling themselves “professional” photographers who are anything but professional.  Why doesn’t that provoke the same kind of response?

With the energy those people who want to argue over the misuse of the word “rockstar”, they could accomplish so much more promoting education in technique and marketing to elevate the word “professional” instead.

For me personally, “rockstar” is a word of respect and I use it all the time.  Joe McNally is a “rockstar” and the reference is related to a great photographer, who’s got something to say, concepts we can learn from, is entertaining when he presents and like a “rockstar” he packs the house!

But the use of the word “rockstar” is a cultural thing, not exclusive to photography.  In every profession there arerockstars.  My wife, Sheila, worked at Akron Children’s Hospital and there were a number of people who wererockstars, because they were the best in their specialty and the word is used in admiration.

In photography we’ve lost a lot of “rockstars” over the last decade…Dean Collins, Don Blair, Monte Zucker, Henry Froelich, Richard Avedon, Eddie Adams, Arnold Newman and Herb Ritts,  just to name a few.  All of them wererockstars in their own right, we just didn’t use the word then.  They left behind a legacy of concepts and standards we all aspire to achieve, which in a way makes many of you “aspiring rockstars”.

For me, it’s just a word used appropriately sometimes and at other times it’s not. Regardless that doesn’t change my opinion that arguing about the word itself is as relevant as the old battle between wedding photojournalists and traditional wedding photographers. Better yet, how relevant is the ongoing battle between Canon and Nikon owners, when you’ve got products like Panasonic’s LUMIX GH3 and GX7?

And if you honestly want to argue with me, check out the expansion of the gear landscape over the last year with  new products from Panasonic, Fujifilm, Sony and Samsung. We’ve all got a front row seat to a paradigm shift!

You’ll be glad you did!  John Phoenix

In a traditional camera, film records and determines the colors of the scene captured in the photograph. As digital cameras have no film to interpret color, they use white balance settings for this purpose. These settings (called Kelvin temperature ratings) are represented by symbols for sun, indoor light, clouds and shade on most digital displays and can be manually selected. The Auto function, however, enables the camera to adjust the settings automatically. For most non-professional needs, this is quite satisfactory.

Some digital cameras contain a histogram function that will also help you adjust your light exposure.

Digital cameras record images in pixels. If you expand a picture on your computer with graphic software by zooming in on the picture, you will eventually see the picture rendered as a series of colored dots. The more dots per inch in a picture, the higher the resolution. High-resolution photos have better image quality and bigger file sizes as well.

Resolution is an important consideration when buying your digital camera. If you are only going to be using your images on the web, very high-resolution images will not be as mandatory for you (although high resolution graphics allow more manipulation of the graphic in graphics software programs). Web images are typically lower resolution images since file size is a consideration for the web. If you are going to be printing your images, however, high resolution is necessary for a quality print. To be able to expand an image for an 8×10 print is going to require a high-resolution graphic for a good quality photo.

Many digital cameras also have built-in effects that can be used to change the presentation of your photos. Fisheye is an example of one such feature that will reshape an image giving it a totally different effect. Soft-focus, Portrait, Scene, Landscape, and Wide-angle are some of the focusing effect capabilities that your digital cameral may have. These are nice features to have fun with. If you have a graphics software program, your images can be further manipulated once you have downloaded your images to your computer.